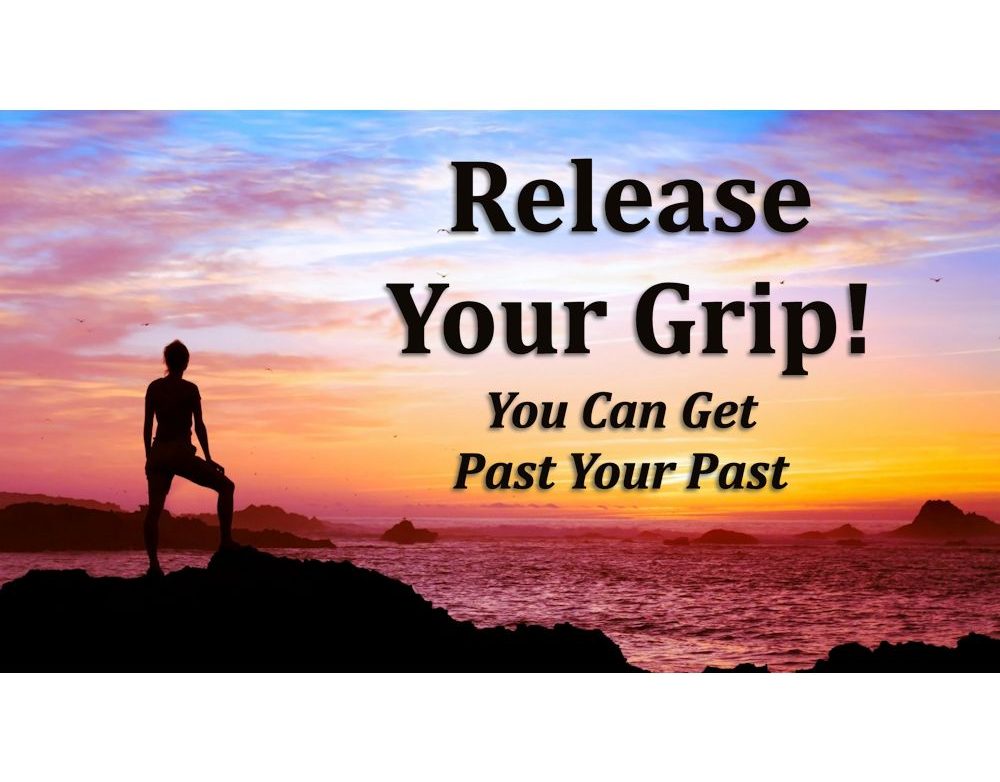 You can get past your past. When you let go and release your grip on some things in the past, then you can be happier in the present the way God wants you to be.

Abraham found himself in Egypt and did things against God’s will despite the plan and purpose God had put on his life. God had to force the situation to get him up out of Egypt and back on His plan and purpose. God sometimes has to force the issue to cause us to see and appreciate what He has done for us and look again at what He has planned for us. Our hope and faith is being put to the test because we are in uncharted territory. Masks, quarantine, isolation…this did not catch God off guard. What the enemy meant for evil, God will turn for good! You’ll never face a situation that God won’t provide a deliverer and a way out.

The children of Israel left Egypt through a route that was misunderstood and questioned. God doesn’t always send us on a course we understand. His ways will not always make sense to us. It may look like you are on a dead-end street with no way out. God will make a way when there is no way.

Pharaoh changed his mind and questioned letting his slaves go free. He prepared his chariot and 600 more of his choice chariots and soldiers to pursue the children of Israel. The mightiest army of the land was in pursuit of God’s people. Pharaoh’s army camped around them in this place everyone saw as a dead-end street for them. The children of Israel cried out to the Lord and feared Moses had led them to their death. They questioned if they should have left Egypt and left the life they were living in bondage. They were exactly where God had led them!

Exodus 14:13
Moses answered the people, “Do not be afraid. Stand firm and you will see the deliverance the LORD will bring you today. The Egyptians you see today you will never see again.

What God used to save the children of Israel was what drowned the army of Pharaoh.

The children of Israel had to let go of their life of bondage and the Egyptian way of life. It might be that through this economic slump and pandemic God is trying to free us of the ways of the world and the things we have been gripping. We have to release our grip on some things of this world and allow God to control our path and purpose.

*Exodus 14:1-3  Then the LORD said to Moses, 2 “Tell the Israelites to turn back and encamp near Pi Hahiroth, between Migdol and the sea. They are to encamp by the sea, directly opposite Baal Zephon. 3 Pharaoh will think, `The Israelites are wandering around the land in confusion, hemmed in by the desert.

*Exodus 14:4  And I will harden Pharaoh’s heart, and he will pursue them. But I will gain glory for myself through Pharaoh and all his army, and the Egyptians will know that I am the LORD.” So the Israelites did this.

*Exodus 14:6-12  So he had his chariot made ready and took his army with him. 7 He took six hundred of the best chariots, along with all the other chariots of Egypt, with officers over all of them. 8. The LORD hardened the heart of Pharaoh king of Egypt, so that he pursued the Israelites, who were marching out boldly.9The Egyptians–all Pharaoh’s horses and chariots, horsemen and troops–pursued the Israelites and overtook them as they camped by the sea near Pi Hahiroth, opposite Baal Zephon.10As Pharaoh approached, the Israelites looked up, and there were the Egyptians, marching after them. They were terrified and cried out to the LORD.11They said to Moses, “Was it because there were no graves in Egypt that you brought us to the desert to die? What have you done to us by bringing us out of Egypt?12Didn’t we say to you in Egypt, `Leave us alone; let us serve the Egyptians’? It would have been better for us to serve the Egyptians than to die in the desert!”

He will not suffer thy foot to be moved: he that keepeth thee will not slumber.
Psalm 121:3