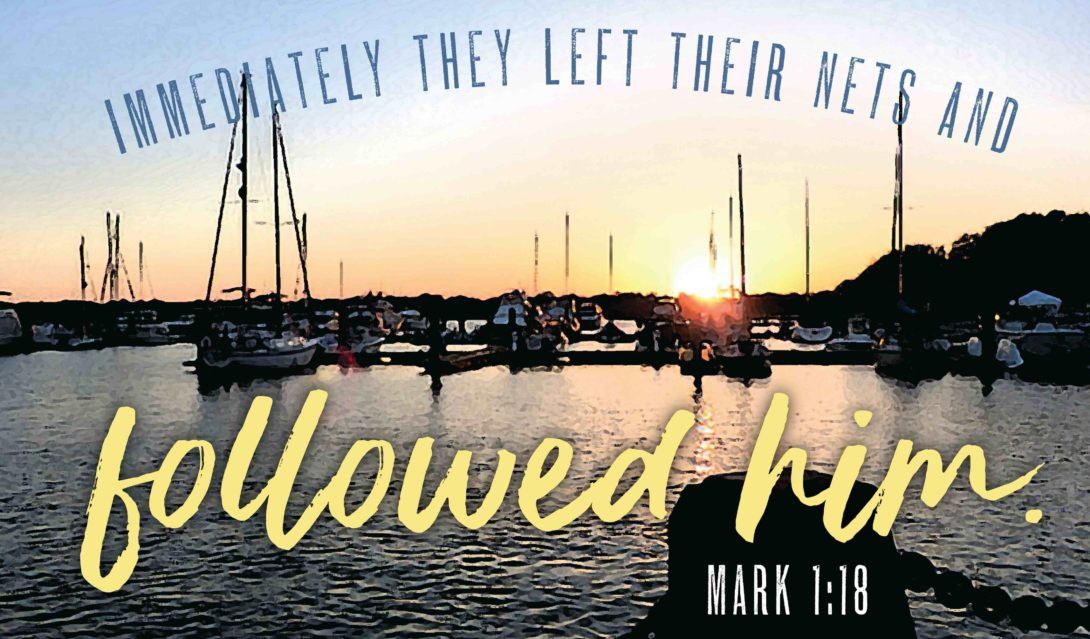 Jesus told the fisherman they would become fishers of men. They left their nets and followed him. They took up His cross. This began a ministry of discipleship that would take these men through many toils and snares.

This began by not only catching fish, but also catching a vision of building the Kingdom of God. They were caught in the net of Divine Providence and endued with power to become the twelve apostles of the Lamb. To follow Jesus, we have to leave our nets. We have to trust in the Lord.

11 So when they had brought their boats to land, they [a]forsook all and followed Him.

There are many great things done for God and the Kingdom that began when we are caught by God’s grace and mercy.

In Philippian’s 3:12, Paul says, “….that I may apprehend that for which also I am apprehended of Jesus Christ”. Paul wanted to fully cooperate with God’s call and purpose for his life.