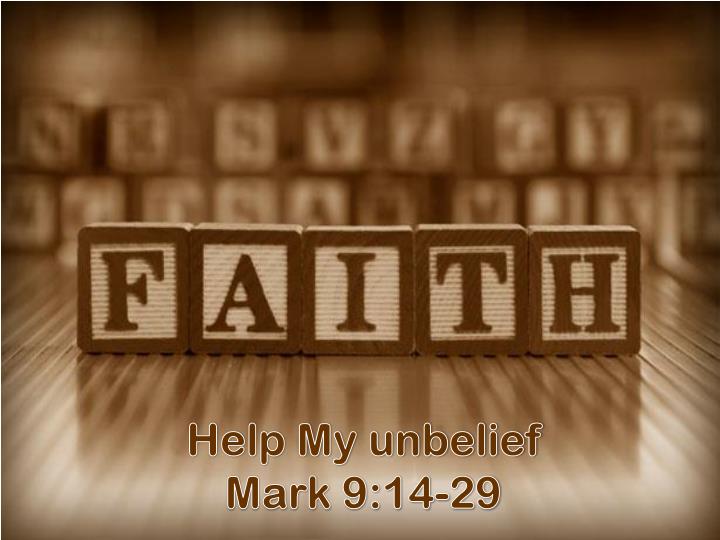 What do you do when faith breaks down and church can’t do it? We should pray for God’s will in our life and accept His way.

It has now been many months since the Son of God encountered a group of peasant fishermen in a fishing village on the norther shore of the Sea of Galilee. His challenge to them involved a miracle in itself, a boat loaded with fish followed by an invitation to follow Him, and He would make them fishers of men. And so they left their nets and their families and their friends to become the first partakers of life more abundant, and the basis of what would become the Church.

Their journey to Apostleship would involve dangerous storms with Jesus walking on water, and stilling the storm. They would encounter funeral processions with Jesus raising a dead boy. They would see men tearing up a roof and lowering a paraplegic whom Jesus healed and made whole; a fresh tomb along the side of the road at Bethany containing the recently discussed body of their friend Lazarus, whom Jesus would call back to life from out of the grave. These events and so many more, that if written down, no library in the world would contain the records.

But in today’s text, we find them bewildered, and perplexed. In a very ordinary circumstance, what had worked before wouldn’t work in this case.

It was ordinary because it was not uncommon for people to bring the sick and lame and ask for help.

A. Power For The Disciples

Jesus was very gracious to these fishermen turned evangelists. He empowers them with such anointing that by the hands of the disciples miraculous healings and great deliverance from evil spirits are recorded.

They not only preached the gospel of faith in Christ, but God also provided signs and wonders for the people. As Jesus told the inquirers from John the Baptist, in Luke 7:22, Then Jesus answering said unto them, Go your way, and tell John what things ye have seen and heard; how that the blind see, the lame walk, the lepers are cleansed, the deaf hear, the dead are raised, to the poor the gospel is preached.

God has never intended for His people to be left alone without power to do the work of ministry. (Acts 1:8) The 10th chapter of Luke begins in the 2nd verse with the much quoted verse about the harvest.

Luke 10:1-2
1 After these things the Lord appointed other seventy also, and sent them two and two before his face into every city and place, whither he himself would come.
2 Therefore said he unto them, The harvest truly is great, but the labourers are few: pray ye therefore the Lord of the harvest, that he would send forth labourers into his harvest.

May I hasten to tell you that the Father has not sent us into the harvest without ability and strength to reap the harvest. Neither has He left us weak and inimical when we confront opposition and harm. God has not given us a spirit of fear and intimidation, but thank God, He has given us a powerful anointing to minister in a lost and dying sin infested word of hate and malice. In fact, Jesus said in

John 20:21:
God sent Jesus into the world with great power and anointing. Nothing was able to withstand His power: not death, not disease, not wind and waves, nota grave, hate and animosity, not Rome, not the Pharisees, nor any other force.

As Paul told the crowd in Acts 10:38
38 How God anointed Jesus of Nazareth with the Holy Ghost and with power: who went about doing good, and healing all that were oppressed of the devil; for God was with him.

And with that same anointing, God sent the church into the world to preach and teach with signs following believers. Mk 16 In fact, the church is sent with the same enablement with which God sent His Son.

John 20:21
Then said Jesus to them again, Peace be unto you: as my Father hath sent me, even so send I you.

So then, these disciples of Jesus was accustomed to praying for the sick and casting out foul spirits. In Luke’s Gospel we find the sending out of the seventy. Jesus sent them out into the Cities to preach and teach and heal the sick and deliver the people from oppression.

Luke 10:17
17 And the seventy returned again with joy, saying, Lord, even the devils are subject unto us through thy name.
18 And he said unto them, I beheld Satan as lightning fall from heaven.
19 Behold, I give unto you power to tread on serpents and scorpions, and over all the power of the enemy: and nothing shall by any means hurt you.
20 Notwithstanding in this rejoice not, that the spirits are subject unto you; but rather rejoice, because your names are written in heaven.

B. The Disciples Struggle With Unbelief

What great power is promised to the disciples and now to the church.

But in our text, we see the disciples perplexed and people arguing about a certain man’s son and his terrible affliction. It seems that what had worked before was no longer working. Now the disciples were faced with an area of their development that they were unprepared for….UNBELIEF!

We shouldn’t be surprised, for all of us struggle at times with that ever present foe of faith…..doubt. The truth is that the disciples would learn later that the help they needed was in the area of a lack of performance because they failed to prepare! Prayer and fasting are preparatory to success! Faith has to be fed and exercised in order to remain strong.

Truth is, we all need help from Jesus, but we often wait until late in the experience to seek His help in the area of our unbelief.

I like what one commentator writes, “In its struggle with temptation, faith must always free itself from the disastrous presumption of doubt, in the certainty that with God nothing is impossible (10:27), and that his majesty becomes most visible when human resources have become exhausted. Jesus thus calls for the faith which bows its head before the Concealed glory of God'” (Lane, 333).

16 And He asked them, “What are you discussing with them?”
17 And one of the crowd answered Him, “Teacher, I brought You my son, possessed with a spirit which makes him mute;
18 and whenever it seizes him, it slams him to the ground and he foams at the mouth, and grinds his teeth and stiffens out. I told Your disciples to cast it out, and they could not do it. “

What do you do when faith breaks down and church can’t do it. You bring your brokenness and bondage to church, you bring your addicted children and your sick wife to church, you listen to the preaching, you sing the praise and worship, and Johnny is still hooked on drugs and Betty is still involved with another girl down the street, and you’ve heard all your life that God can do anything, but your still out of your mind with all the hell that is going on around you, and Johnny’s still addicted and Betty is still messed up, and your wife is still sick. You brought them to church, “and they could not do it.”

It is critical here that we see that the father’s belief was a necessary component in the boys healing. You see, blame placing is usually the result of unfulfilled desires. A father cannot just dump off his son and require a miracle. What you haven’t done in 15 years at home can’t just be solved in a moment of time. There has to be changes made on several levels. Faith is required in the disciples, but also in the home, family, and the church.

This father needed help (“help my unbelief”) He needed help for himself, his son, and his family. His expression of help demonstrates an understanding of his need. That is to say, he believed, but in his honest outcry he says I am still struggling with unbelief.

John Calvin writes,
“He declares that he believes and yet acknowledges himself to have unbelief. These two statements may appear to contradict each other but there is none of us that does not experience both of them in himself.”

We, too, will cry with a mix of both, I Believe, HELP MY UNBELIEF!

22 And ofttimes it hath cast him into the fire, and into the waters, to destroy him: but if thou canst do anything, have compasssion on us, and help us.
23 Jesus said unto him, If thou canst believe, all things are possible to him that believeth.
24 And straightway the father of the child cried out, and said with tears, Lord, I believe; help thou mine unbelief.

The father of the child said to Jesus, if you can do anything please help us. The problem with that teary request was the little word if”. Jesus respond, “”If I can do anything!” Listen to Jesus turn the tables, “If you can believe, all things are possible.” He answered, Lord I do believe, but I’m struggling with unbelief. Help Me.” He confessed that his faith was weak. He admitted that his faith was not perfect, but lacking. When He confessed his need, Jesus went into action.

D. The power of Christ and the belief of the father are demonstrated in the miracle of the boy (9:25-27)

When Jesus spoke to the foul spirit, the foul spirit began to terrify the boy with convulsions and screams, but was cast out by the power of Jesus word. (vs. 25)

“You deaf and dumb spirit, I command you, come out of him and do not enter him again.”

What a miracle! That deeply entrenched demon came out in a very violent manner showing to the bitter end its ultimate desire=to destroy the boy. The mode in which it exited was so violent that it looked as if the boy was dead. I wonder at this point if some of the mockers and doubters were possible snickering off to the side, but changed their expression when Jesus spoke the word of power and deliverance.

“But Jesus took him by the hand and raised him; and he got up.”

Notice the Lord’s tenderness in this moment, especially in contrast to the evil spirit, “he took him by the hand”. The question of the disciples (vs the spirit). The exchange with the disciples points to the necessity of belief in the absolute power and authority of Jesus over all principalities and power and prayer and, in some texts, fasting.