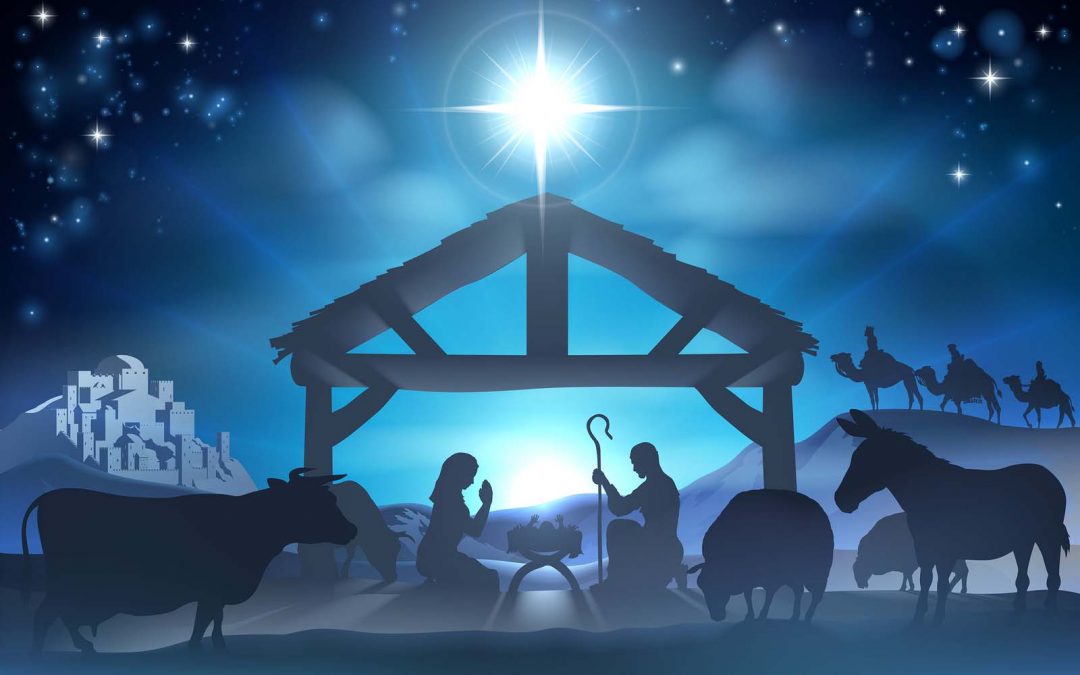 God sent His Son! So we are no longer held in bondage. And by His sacrifice we are offered salvation and everlasting life. To celebrate CHRISTmas is to celebrate Jesus coming to earth for us!

A theologian named Dr. Evereck Storms counted all the promises and found 8810 promises. Almost 8000 of those were from God to man. Books like Isaiah, Jeremiah and Ezekiel have over 1000 promises each. Almost every verse in Psalm 37 contains a promise. What is more amazing than the number of promises which God has made is that He always keeps His promises. God is the greatest promise keeper that ever was. He too lives by that rule about not making a promise He can’t keep. God never promises something He can’t follow through on. He always does what He says. He always fulfills what he promises. Jesus’s birth was from an immaculate conception. His birth was guided by God’s hand, protected by His promises, and fulfilled by His Word. In fact, His entire life was a fulfillment of the prophets, so much so that the entire life of the Lord Jesus and His death on the cross is the gracious gift of God in the redemptive provision. So, today we await the second advent of a Deliverer, Jesus, The Messiah, The Anointed One.

There are those who only emphasize the first part of the mystery, Christ in His body, disallowing Christ in you. But I am not Christ and you are Christ. He is not an individual in the world today, but in His fullest and most prominent expression, Christ is plural. He is the Anointed One, the Head of the Church, and we are members of His body.

Galatians 4:6-7
6 And because you are sons, God has sent forth the Spirit of His Son into your hearts, crying out, “Abba, Father!” 7 Therefore you are no longer a slave but a son, and if a son, then an heir of God through Christ.

Hebrews 2:10-13
10 For it was fitting for Him, for whom are all things and by whom are all things, in bringing many sons to glory, to make the captain of their salvation perfect through sufferings. 11 For both He who sanctifies and those who are being sanctified are all of one, for which reason He is not ashamed to call them brethren, 12 saying: “I will declare Your name to My brethren; In the midst of the assembly I will sing praise to You.” 13 And again: “I will put My trust in Him.” And again: “Here am I and the children whom God has given Me.”

*Galatians 4:1-6
Now I say that the heir, as long as he is a child, does not differ at all from a slave, though he is master of all, 2 but is under guardians and stewards until the time appointed by the father. 3 Even so we, when we were children, were in bondage under the elements of the world. 4 But when the fullness of the time had come, God sent forth His Son, born of a woman, born under the law, 5 to redeem those who were under the law, that we might receive the adoption as sons. 6 And because you are sons, God has sent forth the Spirit of His Son into your hearts, crying out, “Abba, Father!”

*Colossians 1:24-27
24 I now rejoice in my sufferings for you, and fill up in my flesh what is lacking in the afflictions of Christ, for the sake of His body, which is the church, 25 of which I became a minister according to the stewardship from God which was given to me for you, to fulfill the word of God, 26 the mystery which has been hidden from ages and from generations, but now has been revealed to His saints. 27 To them God willed to make known what are the riches of the glory of this mystery among the Gentiles: which is Christ in you, the hope of glory.