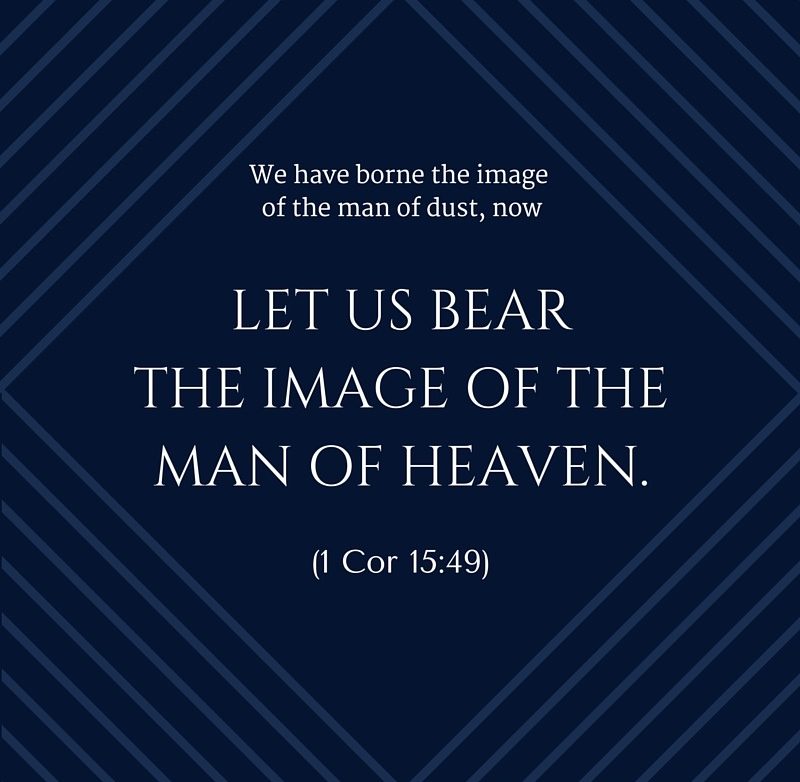 God spoke this world into existence, created us with His hands, and breathed life into our bodies. God created us as earthly, but through Jesus we are recreated for eternity.

We Are Built By God

A strangely contradictory choice of words is woven together in this passage of scripture from which our text is taken. Extremes are welded: corruption and incorruption; mortality and immortality. We know corruption. We know immortality. We were born and raised among them. They have greeted us everywhere. We have been in constant fight against them. We have painted our decaying houses. We have doctored our staggering, failing, dying mortality to establish it in the longest run, and push the grave over behind the farthest horizon. The reason for all this being that something within us has forever cried out against corruption and mortality Dominant as those things are here on earth, mankind has gone ever about his destiny in a confidence that they were not ultimates. We have shaken them off. We have built them out. We have felt the pulse of immortality. One time when David was wrestling with this same thing he looked up out of his conscious mortality and said, Thou knows our frame; Thou rememberer that we are dust; and then, as though he would not be content with such a description.

7 Then the Lord God formed a man[a] from the dust of the ground and breathed into his nostrils the breath of life, and the man became a living being.8 Now the Lord God had planted a garden in the east, in Eden; and there he put the man he had formed. 9 The Lord God made all kinds of trees grow out of the ground—trees that were pleasing to the eye and good for food. In the middle of the garden were the tree of life and the tree of the knowledge of good and evil.
10 A river watering the garden flowed from Eden; from there it was separated into four headwaters. 11 The name of the first is the Pishon; it winds through the entire land of Havilah,where there is gold. 12 (The gold of that land is good; aromatic resin[b] and onyx are also there.) 13 The name of the second river is the Gihon; it winds through the entire land of Cush.[c] 14 The name of the third river is the Tigris; it runs along the east side of Ashur. And the fourth river is the Euphrates.
15 The Lord God took the man and put him in the Garden of Eden to work it and take care of it. 16 And the Lord God commanded the man, “You are free to eat from any tree in the garden;17 but you must not eat from the tree of the knowledge of good and evil, for when you eat from it you will certainly die.

The first Adam subjected us to a curse; but Jesus, the last Adam, gives us a blessing.

1 Corinthians 15:41-49
41 The sun has one kind of splendor, the moon another and the stars another; and star differs from star in splendor.42 So will it be with the resurrection of the dead. The body that is sown is perishable, it is raised imperishable; 43 it is sown in dishonor, it is raised in glory; it is sown in weakness, it is raised in power; 44 it is sown a natural body, it is raised a spiritual body.
If there is a natural body, there is also a spiritual body. 45 So it is written: “The first man Adam became a living being”; the last Adam, a life-giving spirit. 46 The spiritual did not come first, but the natural, and after that the spiritual. 47 The first man was of the dust of the earth; the second man is of heaven. 48 As was the earthly man, so are those who are of the earth; and as is the heavenly man, so also are those who are of heaven. 49 And just as we have borne the image of the earthly man, so shall we bear the image of the heavenly man.

Seek the Lord and his strength, seek his face continually.
1 Chronicles 16:11