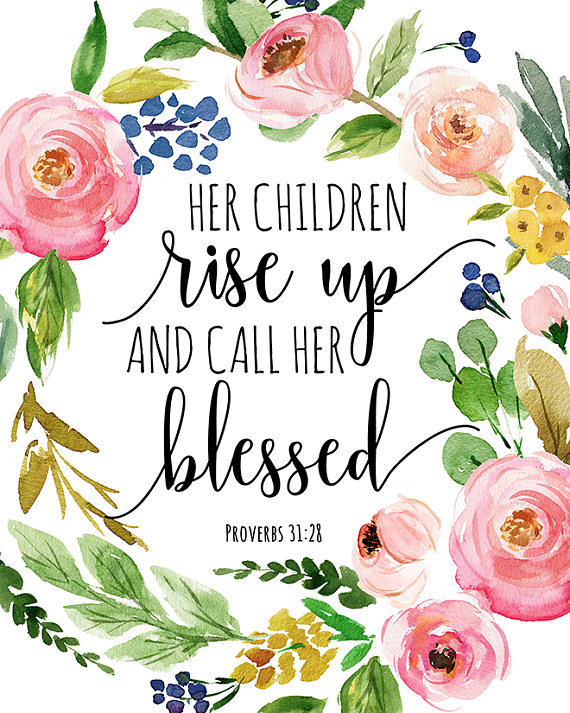 Mother’s are charged with a greater calling than just giving birth. The Bible says give honor to whom honor is due.  A praying mother is a powerful thing and has the heart of God.

Moses and Samson had mother’s who were faithful to God’s gift of sons. Hannah gave Samuel to God as she had promised for God blessing her with this son. But the gift of a mother is a blessing to her children.

Mother’s are charged with a greater calling than just giving birth. Husbands should be grateful for the gift of his wife as a mother to their children. To have the adoration of your children is a wonderful thing. The Bible says give honor to whom honor is due. A praying mother is a powerful thing. A praying mother has the heart of God. God sees mothers.

In Genesis 16 and 17 is a story of two mothers. One was promised a son, but in the wait chose to take the promise into her own hands. This created the second mother in this story. These mothers then could not live together. Their sons were jealous of each other. Both mothers had to make hard choices for the promises of God to be fulfilled.

King Saul had a concubine who bore him 2 sons, princes. They were killed in battle against the Philistines. They had been involved in conspiracy to kill David. Their mother, Rizpah, stood vigil at their bodies displayed in shame. She stayed with them chasing the vultures and the jackals away until David heard this was happening. He had them ordered removed and had them buried in the tomb of Saul.

Exodus 20:12
Honor thy father and thy mother that thy days may be long upon the land which the Lord thy God giveth thee.