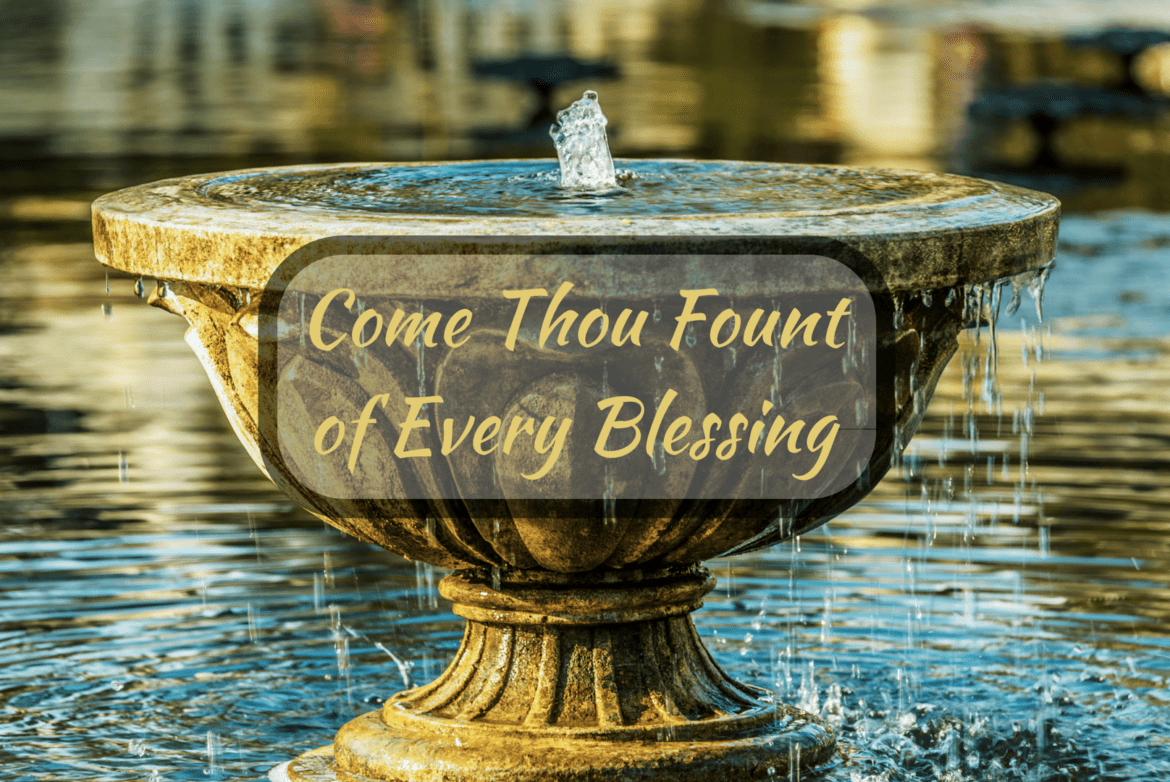 God promised a fountain filled with the Savior’s blood to wash all our sins away.

With all the pageantry of Christmas, the tinsel and wrappings, I would hasten to inform you that the real peace of Christmas is not found in the lights and glitter. Tucked away back in the Old Testament is a verse seldom used in the Advent Discourse. It is a very that tells us why good tidings of great joy is appropriate to carol the the angels, “Glory to God in the highest, and on earth peace and good will unto men.” This verse was a promise that God was going to rebuild the nation of Israel and establish Himself as the only God. A fountain of blessing and restoration.

“On that day a fountain will be opened to the house of David and the inhabitants of Jerusalem, to cleanse them from sin and impurity.

There are two individuals who knew that verse very well and spent most of their lives in the temple “waiting for the consolation of Israel”.

25 Now there was a man in Jerusalem called Simeon, who was righteous and devout. He was waiting for the consolation of Israel, and the Holy Spirit was on him. 26 It had been revealed to him by the Holy Spirit that he would not die before he had seen the Lord’s Messiah.27 Moved by the Spirit, he went into the temple courts. When the parents brought in the child Jesus to do for him what the custom of the Law required, 28 Simeon took him in his arms and praised God, saying:

29 “Sovereign Lord, as you have promised,
you may now dismiss[a] your servant in peace.
30 For my eyes have seen your salvation,
31     which you have prepared in the sight of all nations:
32 a light for revelation to the Gentiles,
and the glory of your people Israel.”

God promised Simeon he would not die without seeing Zechariah 13:1 come to fruition. He waited at the temple to meet the promise. When Mary and Joseph brought Jesus into the temple, Simeon embraced the child and blessed God.

36 There was also a prophet, Anna, the daughter of Penuel, of the tribe of Asher. She was very old; she had lived with her husband seven years after her marriage,

Anna dedicated her life to serving God in the temple and told all who was also watching for the promise that she had seen Him in the temple.

The phrase “in that day” is repeated several times to provide confidence that God will keep His covenant and the declaration the there will be a day of salvation and cleansing for His people. “There shall be” is another promise from Jehovah. Ever since man sinned in the Garden, God has been unveiling His ultimate remedy for sin. Jesus knew the Father’s promise because He was there when the sentence was passed on the guilty pair and the first Adam was driven out of the Garden. Across hundreds of years and through millions of sacrifices God was declaring that the fountain was open till finally on a hill called Calvary God Almighty opened up the hands, and feet, and back, and brow and side of His one and only Son and blood mixed with water came out and He declared once and for all that there “is a fountain open”.

I will instruct thee and teach thee in the way which thou shalt go: I will guide thee with mine eye.
Psalm 32:8
Manage Cookie Consent
We use cookies to optimize our website and our service.
Manage options Manage services Manage vendors Read more about these purposes
View preferences
{title} {title} {title}