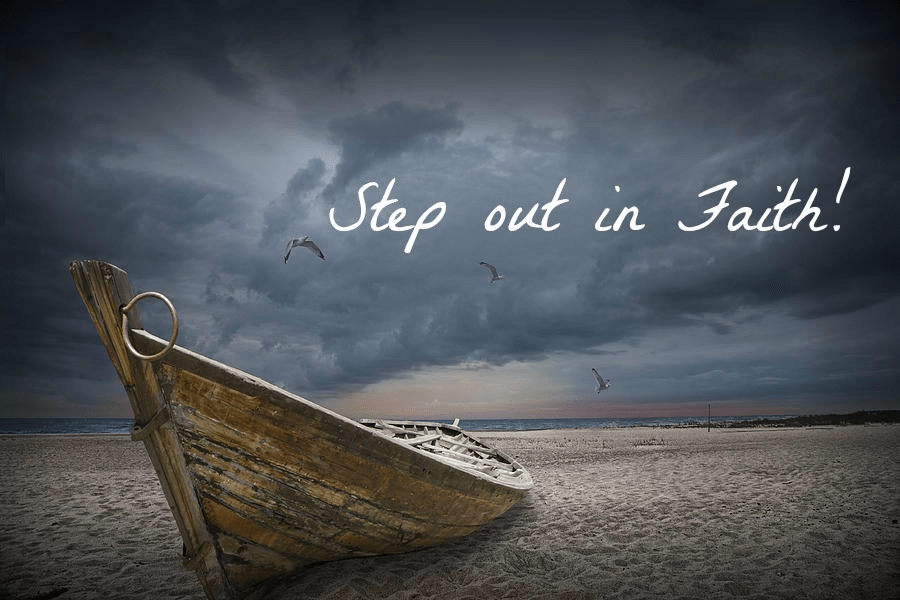 My devotion this morning came from John 14 where the account of Jesus walking on the water is recorded. As I read these verses, one thing stood out to me. Peter was the only one of the twelve who asked Jesus to allow him to come to him on the water. All twelve witnessed the boisterous winds and waves. All twelve of the disciples saw Jesus walking on top of the water. All twelve thought he was a ghost. All twelve were filled with fear. BUT, only one had the faith to step out of the boat when Jesus revealed who he was. Are you one of the eleven, or are you the ONE? (John 14:25-28 Shortly before dawn Jesus went out to them, walking on the lake. 26. When the disciples saw him walking on the lake, they were terrified. It is a ghost, they said, and cried out in fear. 27. But Jesus immediately said to them: Take courage! It is I. Don’t be afraid. 28. Lord, if it’s you, Peter replied, tell me to come to you on the water.) I am not so presumptuous as to say that I would have been the one who would have stood up and ask to walk on the water. But, knowing what we know now and reading all the miracles that Jesus did in the Bible and witnessing miracles God has done for people we know, our faith should be such that we are not afraid to step out for God. If the opportunity arises today, don’t stay in the boat with all the others, step out and let God use you. Be the example that others know we serve a MIGHTY GOD! You may say that the next few verses say that his faith failed him and he began to sink. Yes, that is what happened, but, we are still telling of his great faith to get out of the boat today. When you step out of the boat for God, you become a lasting example to other people. Pastor Don [image: image.png]

Therefore I will look unto the Lord; I will wait for the God of my salvation: my God will hear me.
Micah 7:7