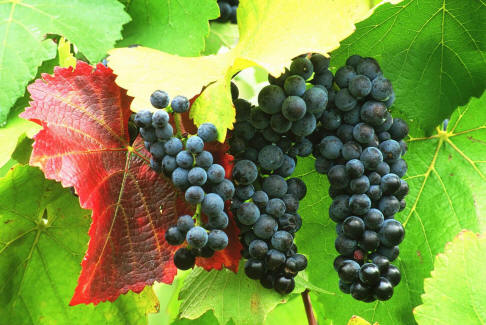 To be someone that accomplishes for God, a fruitful Christian, get rooted in God! If you are not as fruitful as you used to be, I urge you to examine your roots. Fruit bearing is all about the root.

The Bible says of Hezekiah there was none greater before him nor after him. Because he had a heart for God, he was the best, the most devout, the finest of all the kings of Judah. Among the many legendary figures of the Old Testament, Hezekiah shined as a bright star against the darkness of Judah’s other leaders. Yet, there seemingly overtook him and overwhelmed him a sin that eventually led to the destruction of his house and his nation.

In all of us mortals men there is a constant guard lest we be lifted up with pride and materialism. In spite of sterling character, a flaw will occasionally be found in the greater of leaders.

You will find the same narrative concerning Hezekiah in 2 Chronicles 29-32.

2 Kings 18:12 tells us that Israel was defeated because of their broken covenant and rebellious heart. And that’s what God does with any people of any nation that forgets God, Including the United State of America.

In these scriptures, it was Samaria, the northern kingdom, with Ahab for their king and Jezebel for their queen, and all the prophets of Baal as their teachers, reveling against God, turning to pagan gods, and giving their hearts to idolatry and iniquity. God’s judgement was kindled, and through His prophets, God finally said, “That enough!”

Hezekiah’s father, Ahaz, ranked among the most evil and destructive of all the kings of Judah. When Ahaz died, he left Judah, a decimated, backslidden, and irreverent nation. What a task for a young God-serving king with revival and reformation on his heart.

A. Gather the Leaders

The first thing Hezekiah did was to gather all of the Levites and the priests.

B. Give the Instructions

“See those great doors on the Temple? They’ve been destroyed and the entrance is closed and blocked. Take those doors and repair them.” He was saying, “Let’s create an ‘Invite Culture'”.

He told the Levites and Priests to clean ou the filth and the rubbish and the debris in the temple.

He then called for all the instruments of the Temple to be cleaned and sanctified, and the alter to be consecrated. His message to the leaders was, “Let’s love the Lord and serve Him. Let’s get ready to worship the Lord.”

2 Chronicles 29:27 And when the burnt offering began, the song of the Lord began also…And all the congregation worshiped. And the singers sang, and the trumpeters sounded. And all this continued while the people were offering up unto God.

God is honored when the hearts of people are made glad with the Spirit of God, and their glad hearts overflow, and they praise the Lord, just like they did here in the days of Hezekiah. “So the service of the house of the Lord was set in order. And Hezekiah rejoiced and all the people.” And god sent them away, marvelously happy inter souls. That’s what happens when genuine worship is experienced in the church. Great worship leaves you happy and blessed.

In 2 Chronicles 30 you will find that same kind of gladness and happiness among God’s people. When you are blessed of God, you will want others to share in the goodness of God.

Hezikiah wanted everyone to know tat god was in the midst of His people, and revival was taking place in Judah. He sent letters through Judah, and even up to Samaria. In Samaria, just the poor and infirm people of the land were left. The tribes of Zefulun, the tribes of Ephrain, and tribes of Manasseh-all of the choice people had been carted off, but there were some undesirables, up there: throwaways and misfits, social outcasts, blind, palsied, and withered. What a picture of evangelism!

In Samaria, where Saragon had destroyed homes and families, business and commerce, news of restoration and hope struck a chord of faith in the hearts of some. And they came, and for the first time in generations, they observed the Passover, And “there was great joy in Jerusalem; for since the time of Solomon the son of David king of Israel there was not the like in Jerusalem”. And he started all of that work over again. How remarkable is this man Hezekiah!

2 Chronicles 31:21 Thus did Hezekiah throughout all Judah, and wrought that which was good and right and truth before the Lord his God. And in every work that he began in the service of the house of the Lord, and in the law, and in the commandments, to seek his Lord, he did it with all of his heart, and God prospered him.

One of the most important factors in planting a tree and seeing it bear fruit is the proper planting and care of the root system. Many saved people bear little fruit or no fruit. The reason for their lack of fruit is that their roots are in bad shape.

Proverbs 12:12b …the root of the righteous yieldeth fruit.

Jeremiah 12:2a Thou hast planted them yea, they have taken root: they grow, yea, they bring forth fruit

Hosea 9:16b Ephraim is smitten, their root is dried up, they shall bear no fruit.

Fruit bearing is all about the root.

Romans ll:16b …if the root be holy, so are the branches.

Matthew 13:6b …because they had no root, they withered away.

If a Christian is not a fruit-bearing Christian, it is because his root is bad. I believe that a root is bad before the fruit ever shows it. If someone has no root or bad roots, it will only be a matter of time before they produce bad fruit. If your heart is bad, it will eventually be known. If your thoughts are bad, they will eventually manifest themselves. If your desires are corrupt, that will be seen too. If you have never been a fruitful Christian, I urge you to get rooted today. If you are not as fruitful as you used to be, I urge you to examine your roots. You may have deseased roots, damaged roots, or dried up roots.

*2 Kings 18:1-7
1Now it came to pass in the third year of Hoshea son of Elah king of Israel, that Hezekiah the son of Ahaz king of Judah began to reign.
2 Twenty and five years old was he when he began to reign; and he reigned twenty and nine years in Jerusalem. His mother’s name also was Abi, the daughter of Zachariah.
3 And he did that which was right in the sight of the Lord, according to all that David his father did.
4 He removed the high places, and brake the images, and cut down the groves, and brake in pieces the brasen serpent that Moses had made: for unto those days the children of Israel did burn incense to it: and he called it Nehushtan.
5 He trusted in the Lord God of Israel; so that after him was none like him among all the kings of Judah, nor any that were before him.
6 For he clave to the Lord, and departed not from following him, but kept his commandments, which the Lord commanded Moses.
7 And the Lord was with him; and he prospered whithersoever he went forth: and he rebelled against the king of Assyria, and served him not.

* 2 Chronicles 29:1-10
Hezekiah began to reign when he was five and twenty years old, and he reigned nine and twenty years in Jerusalem. And his mother’s name was Abijah, the daughter of Zechariah.
2 And he did that which was right in the sight of the Lord, according to all that David his father had done.
3 He in the first year of his reign, in the first month, opened the doors of the house of the Lord, and repaired them.
4 And he brought in the priests and the Levites, and gathered them together into the east street,
5 And said unto them, Hear me, ye Levites, sanctify now yourselves, and sanctify the house of the Lord God of your fathers, and carry forth the filthiness out of the holy place.
6 For our fathers have trespassed, and done that which was evil in the eyes of the Lord our God, and have forsaken him, and have turned away their faces from the habitation of the Lord, and turned their backs.
7 Also they have shut up the doors of the porch, and put out the lamps, and have not burned incense nor offered burnt offerings in the holy place unto the God of Israel.
8 Wherefore the wrath of the Lord was upon Judah and Jerusalem, and he hath delivered them to trouble, to astonishment, and to hissing, as ye see with your eyes.
9 For, lo, our fathers have fallen by the sword, and our sons and our daughters and our wives are in captivity for this.
10 Now it is in mine heart to make a covenant with the Lord God of Israel, that his fierce wrath may turn away from us.