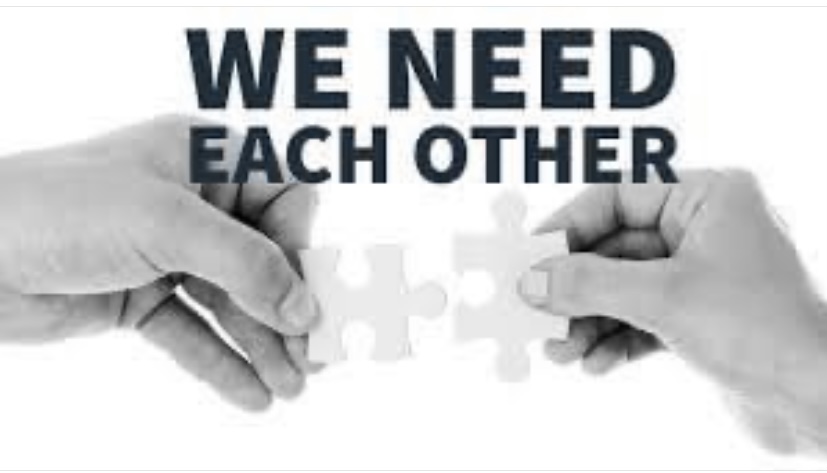 I watched part of an old football championship game this weekend on TV. I watched 11 men work as one. I thought of that teamwork this morning as I read my devotion. The team of eleven men functioned as one unit to move the ball up and down the field. Each person did what he did best to contribute to the victory. God wants us to do the same. God wants us to team up and work as one unit for His glory. (1 Peter 4:10 Each of you should use whatever gift you have received to serve others, as faithful stewards of God’s grace in its various forms.) Nobody is good at everything. You need me, and I need you. Nobody has every talent. There are no perfect people who can say to the world, “I don’t need anybody else.” We need each other. We were made to work as a team. That’s why you need a church family. We’re better together. Here’s the key to success: Build on your strengths so that your weaknesses become irrelevant. Every successful person does this. Just work on what you’re good at, and make it better. Here’s a second rule of success: Team up with people who are good at what you’re not good at. Team up with people who complement you. Everybody has something to contribute. Nobody has it all together. We need each other. Then who should be put in certain positions? The one who does it better. The Bible doesn’t tell us who should do one role over another. Just figure out who does it better, and in doing that, you compensate for each other’s weaknesses. Teamwork, let’s stick together. Cover my weakness with your strength. I need you. Pastor Don