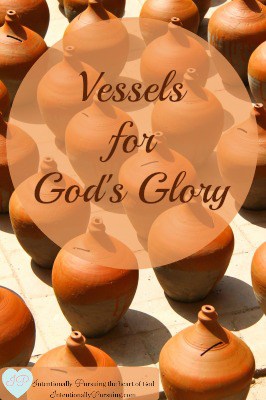 Vessels used of God are all different with different purposes, but all are important in His plan.  Paul was responsible for a great number of the writings of the New Testament of the Bible. Paul was and evangelist and missionary. He took a strong stance on Jesus as God. His teaching was controversial with the Jewish community. He also stirred the Romans with his teaching of Jesus as the King of Kings. The ruling parties of the Jews, Pharisees and Sadducees, were at odds on the resurrection of the Christ. Paul had been a credentialed Pharisee. But God called him to preach that Jesus was the only way to be saved and see God.

II Timothy 2:20
But in a great house there are not only vessels of gold and silver, but also of wood and clay, some for honor and some for dishonor.

Paul was God’s vessel to convert Jews, Pharisees, and Romans to see Jesus was the all in all. When shipwrecked and his vessel was crushed, God saved His vessel in Paul because he believed. We must stay on board and attached to the anchor that is Jesus. Our vessel is not going under until God is ready to call us Home.

II Corinthians 6:16-17
16 And what agreement has the temple of God with idols? For you are the temple of the living God. As God has said:

“I will dwell in them
And walk among them.
I will be their God,
And they shall be My people.”

“Come out from among them
And be separate, says the Lord.
Do not touch what is unclean,
And I will receive you.”

Make sure you’re on the right vessel. Let God guide you as His vessel and moving within His vessel. He has called you for a purpose and will provide the means to carry out His plan. Storms and hindrances may only be natural obstacles that God will protect and provide a means of escape and success. God’s favor will not be cancelled when you are weakened by fearful situations. His mercy and favor will follow you all the days of your life.

Acts 27:40-28:6
40 And they let go the anchors and left them in the sea, meanwhile loosing the rudder ropes; and they hoisted the mainsail to the wind and made for shore.
41 But striking a place where two seas met, they ran the ship aground; and the prow stuck fast and remained immovable, but the stern was being broken up by the violence of the waves.
42 And the soldiers’ plan was to kill the prisoners, lest any of them should swim away and escape.
43 But the centurion, wanting to save Paul, kept them from their purpose, and commanded that those who could swim should jump overboard first and get to land,
44 and the rest, some on boards and some on parts of the ship. And so it was that they all escaped safely to land.
28 Now when they had escaped, they then found out that the island was called Malta.
2 And the natives showed us unusual kindness; for they kindled a fire and made us all welcome, because of the rain that was falling and because of the cold.
3 But when Paul had gathered a bundle of sticks and laid them on the fire, a viper came out because of the heat, and fastened on his hand.
4 So when the natives saw the creature hanging from his hand, they said to one another, “No doubt this man is a murderer, whom, though he has escaped the sea, yet justice does not allow to live.”
5 But he shook off the creature into the fire and suffered no harm.
6 However, they were expecting that he would swell up or suddenly fall down dead. But after they had looked for a long time and saw no harm come to him, they changed their minds and said that he was a god.