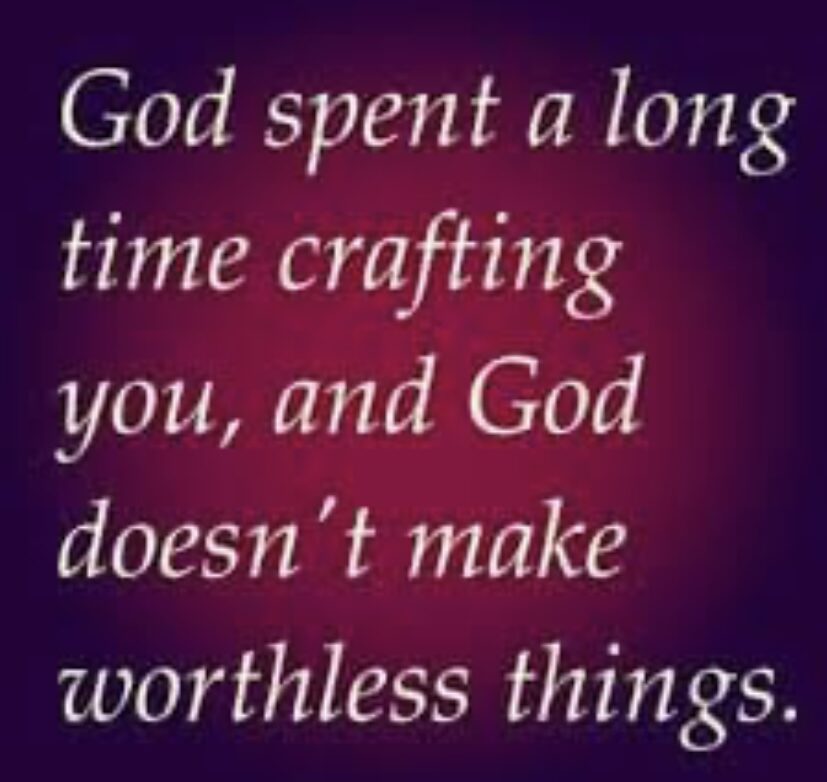 I was thumbing through the channels of the television trying to find something worth watching and I came across an antique car auction. It seems that the highest value was placed on those who were in their original condition. Those who had been reconditioned looked so much better, had paint that shined, and tires that been blackened, and rims that sparkled, but the original still had greater value. I think God looked at us in the same way. God loves those who are in the original condition they were created to be. (1 Samuel 16:7 But the Lord said to Samuel, Do not consider his appearance of his height, for I have rejected him. The Lord does not look at the things people look at. People look at the appearance, but the Lord looks at the heart.) People have worked hard to make what they do look better than other peoples work, but God looks at us in relationship to what we were created to do. You are valuable, no matter who you are or where you’re from. God accepts responsibility because he has a bigger perspective than any human. He can see what we can’t see. And he loves each of us for our potential to do the great things he has planned for us, regardless of our purposes. Don’t let the bright shiny paint job others have put on their lives and the way they self-promote and pat themselves on the back make you feel that you are less valuable to God without all those add-ons. God isn’t going to compare you with anybody else. He made you to be you. You are his masterpiece. He’s going to help you reach your unique potential. Pastor Don

Labour not to be rich: cease from thine own wisdom.
Proverbs 23:4
Manage Cookie Consent
We use cookies to optimize our website and our service.
Manage options Manage services Manage vendors Read more about these purposes
View preferences
{title} {title} {title}