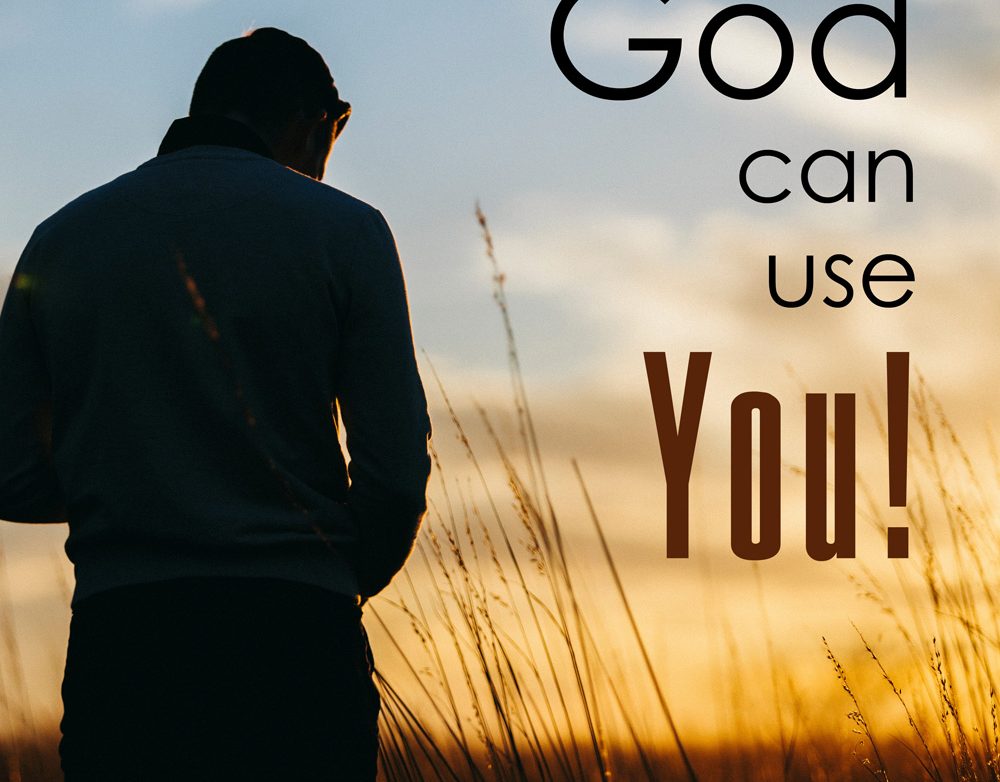 God Can Use You

Can God use you? God can use people who are timid, people with weak faith, people struggling with their emotions, people after broken vows.

In seminary there is a class to teach preachers how to preach. One thing they teach is when time is running out summarize and finish up. In Hebrews 11:32, the author says he doesn’t have time to tell about some of the great prophets. These prophets, Gideon, Barak, Samson and Jephthah, were chosen by God to do great things for His plan. From these men, we can learn that God can use anybody in His plan.

Gideon was a farmer during a time of turmoil and battle for the Israelites. In Judges 6, God came to him and called him a mighty warrior. God sees potential in us that sometimes our friends and families and even we do not see. Gideon became a great military leader once he got past his fear and doubt. God can use even weak faith.

Barak is always mentioned along with Deborah. Barak was extremely timid and needed support from others to have the faith and courage to accomplish what God was calling him to do. God made the plan and provided the means and promised the victory. When God tells you He has already provided for the victory, He will be greater than fiery darts and the largest of enemies.

You know Samson from Sunday School. We all learned how Samson was mighty and strong. Samson was also a tragic story. No man in the Bible started with so much and ended with such shame. He was a man of God that lived in the flesh. He didn’t know how to rule his own spirit and emotions. In the end, he used his last ounce of strength to call on God and destroyed the people who ridiculed him and God.

Jephthah was a mighty warrior who was outcast from him people when it was discovered he was illegitimate. Every year his people’s harvest was stolen by their enemies. The people wanted to give up working for something that was most certainly going to be stolen from them. They called on Jephthah for help. Although he was hurt and bitter, he gathered an army to defend his people. He made a vow that probably shouldn’t have been made. Be careful of your vows. God will help you without making unnecessary vows.

God can use people who are timid.

God can use people with weak faith.

God can use people struggling with their emotions.

God can use people after broken vows.

God can use you.