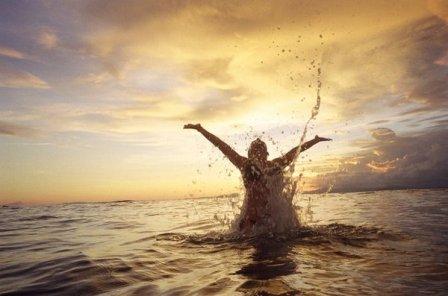 Often God uses something seemingly insignificant to bring about His Word. Are you big enough to accept His small, unconventional methods? Are you spiritual enough to overlook the BUTs and follow God’s call? Can you overcome your doubts and reach out to God for help?

2 Kings 5:1-14
1 Now Naaman, captain of the host of the king of Syria, was a great man with his master, and honourable, because by him the Lord had given deliverance unto Syria: he was also a mighty man in valour, but he was a leper.
2 And the Syrians had gone out by companies, and had brought away captive out of the land of Israel a little maid; and she waited on Naaman’s wife.
3 And she said unto her mistress, Would God my lord were with the prophet that is in Samaria! for he would recover him of his leprosy.
4 And one went in, and told his lord, saying, Thus and thus said the maid that is of the land of Israel.
5 And the king of Syria said, Go to, go, and I will send a letter unto the king of Israel. And he departed, and took with him ten talents of silver, and six thousand pieces of gold, and ten changes of raiment.
6 And he brought the letter to the king of Israel, saying, Now when this letter is come unto thee, behold, I have therewith sent Naaman my servant to thee, that thou mayest recover him of his leprosy.
7 And it came to pass, when the king of Israel had read the letter, that he rent his clothes, and said, Am I God, to kill and to make alive, that this man doth send unto me to recover a man of his leprosy? wherefore consider, I pray you, and see how he seeketh a quarrel against me.
8 And it was so, when Elisha the man of God had heard that the king of Israel had rent his clothes, that he sent to the king, saying, Wherefore hast thou rent thy clothes? let him come now to me, and he shall know that there is a prophet in Israel.
9 So Naaman came with his horses and with his chariot, and stood at the door of the house of Elisha.
10 And Elisha sent a messenger unto him, saying, Go and wash in Jordan seven times, and thy flesh shall come again to thee, and thou shalt be clean.
11 But Naaman was wroth, and went away, and said, Behold, I thought, He will surely come out to me, and stand, and call on the name of the Lord his God, and strike his hand over the place, and recover the leper.
12 Are not Abana and Pharpar, rivers of Damascus, better than all the waters of Israel? may I not wash in them, and be clean? So he turned and went away in a rage.
13 And his servants came near, and spake unto him, and said, My father, if the prophet had bid thee do some great thing, wouldest thou not have done it? how much rather then, when he saith to thee, Wash, and be clean?
14 Then went he down, and dipped himself seven times in Jordan, according to the saying of the man of God: and his flesh came again like unto the flesh of a little child, and he was clean.

Naaman was a great man, highly regarded, victorious through the Lord, a valiant soldier, BUT he was a leper.

Often God uses something seemingly insignificant to bring about His Word. Are you big enough to accept His small, unconventional methods? Are you spiritual enough to overlook the BUTs and follow God’s call? Can you overcome your doubts and reach out to God for help?

Naaman went to someone who had his own BUT. We don’t go to the right place for our help. Elisha wanted to introduce him to the only one who could heal his issues. People need to know there are still prophets of God in our world today; prophets who God uses to reach us.

Naaman thought he was too important to use the method God told Elisha to give him. We must take it all to God. You can’t hang on to those things you aren’t ready to turn over to God. God needs you willingness to follow Him through your BUTs; your pride, fear, anger, insecurities, pain, doubts.

We must deal with our issues that keep us from going before God like children. Present yourself to God obediently as a child follows authority.

Luke 18:17
Verily I say unto you, Whosoever shall not receive the kingdom of God as a little child shall in no wise enter therin.

Although the fig tree shall not blossom, neither shall fruit be in the vines; the labour of the olive shall fail, and the fields shall yield no meat; the flock shall be cut off from the fold, and there shall be no herd in the stalls: Yet I will rejoice in the Lord, I will joy in the God of my salvation.
Habakkuk 3:17-18